The perfect destination for a family break in Ireland

The perfect destination for a family break in Ireland

InterContinental Dublin is the perfect hotel for a Family Break in Dublin.

We delight in looking after the younger ones with lots to entertain them here at InterContinental Dublin, as well as numerous attractions in the city centre and beyond, that are perfect to keep them busy.

Our inner, private landscaped gardens offer two acres to enjoy, including a small terrace. Perfect for those little ones who want some outside space along with alfresco dining in the summer, and our legendary Hot Chocolate with Cream, Chocolate Sticks and Marshmallows to warm up cold hands in the winter. 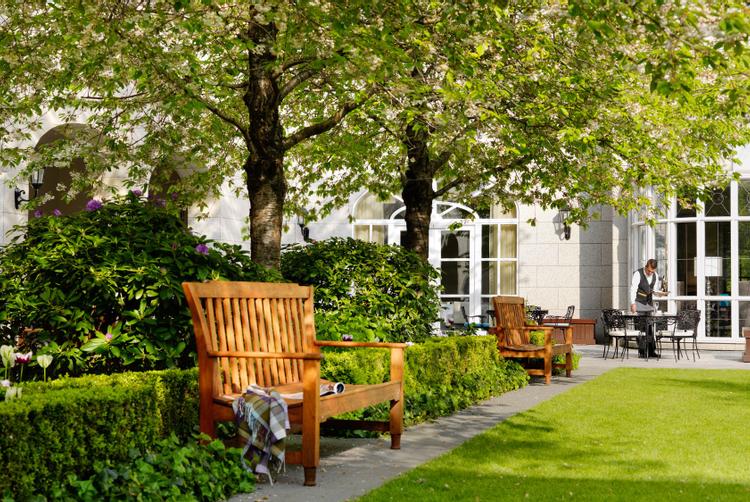 We have a 14 metre, heated indoor pool in our Health Club and Spa with lovely relaxing lounge chairs, perfect for guardians to have a break, while watching the kids splash about. 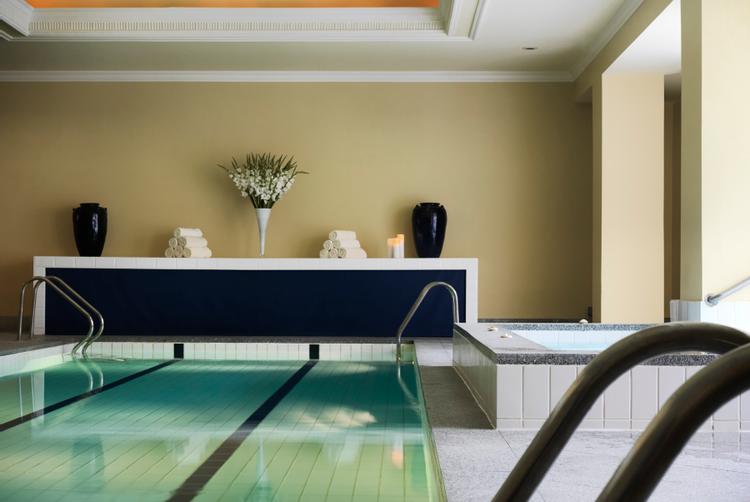 We are renowned for having the most spacious guestrooms in the city, making us the perfect choice for families of all ages. From our luxurious Classic Rooms with its roll-away bed, to our Two Queen Beds Classic Rooms, we offer the most choice of any five star in the city. We also offer complimentary cots for guests under two years.

For more information, please contact our Reservations Team on Tel: +353 1 665 4000 or Email: reservations@icdublin.com. Explore the beach just a few minutes stroll from the Hotel, the pretty Sandymount Strand which has been made famous by appearing in James Joyce's work, Ulysses. Simply take the Pedestrian Crossing on Merrion Road and walk down Sandymount Avenue.

In Irish, Sandymount Strand is called Dumhach Thrá - and is adjacent to the village and suburb of Sandymount. The Strand is part of the South Bull, (a mirror to the North Bull sandbank, which grew into North Bull Island) and is major component of the south side of Dublin Bay, part of the Dublin Bay Biosphere Reserve. Sandymount Strand is a popular place for locals to take a walk, relax, go for a jog or push a pram. Look out for the Martello Tower, about half way along the Strand, part of a system of defences built to warn of an invasion by Napoleon. Also look out for the landmark red and white chimneys of ESB's Poolbeg Generating Station which provide a striking landmark on Dublin's skyline and are beloved by locals. Herbert Park is a wonderful area in Ballsbridge which has a terrific children's play park, duck pond along with walking/jogging trail and is only 5 minutes from the Hotel. We're Going to the Zoo

Dublin Zoo is much more than a fun-filled, stimulating day out for all the family... it’s a place to learn about wild animals, especially those which are endangered. The Zoo is a registered charity – your visit will help maintain Dublin Zoo to a high standard, improve the Zoo and contribute to conservation programmes.

Located in the Phoenix Park, Dublin Zoo is Ireland’s most popular family attraction, and welcomes over one million visitors eachyear. Its 28 hectare park in the heart of Dublin is home to some 400 animals in safe environment where education and conservation combine for an exciting and unforgettable experience! Dublin zoo is one of the oldest Zoo’s in the world, along with New York and London Zoos. Its home is the Phoenix Park, the largest enclosed city park in Europe. Take a Stroll Through the Park

Located to the west of the City, Phoenix Park is one of the largest enclosed public parks in any capital city in Europe.

Orginally used as Royal Hunting grounds in the 1600s, was opened to the public in 1747. The park is still home to a large herd of fallow deer that can be seen regularly in and around the park. Phoenix Park is also home to Dublin Zoo, Áras an Uachtaráin, and Victorian flower gardens. EPIC the Irish Emigration Museum is a fully interactive experience, that will guide its visitors to uncover dramatic & inspiring stories the Irish people who travelled the world. Discover some of their greatest achievements in music, literature, sport, politics, fashion and science. Travel back in time and walk in the footsteps of Viking and Medieval Dublin, explore the rich past of the old city at Christchurch Cathedral. With free guided tours and Living History sessions daily, this is a fun and immersive experience for the whole family. Airfield Estate is Dublin's only urban working farm and is open to the public all year round. You will find many attractions, including the Overend family home, kitchen, gardens, vintage cars, farm and play area.

Introduce yourself to some of the farm animals, including the hens who produce freshly laid eggs, see the beautiful Jersey herd being milked or even interact with the goats, pigs and donkeys. If you time your trip just right, you’ll see them getting fed by the farm team. Dublin is home to a great deal of history and culture which can be found in it many museums and galleries. We have listed, through the link bellow a few of our favourites which are a must see for any one visiting Dublin City. Family Stay and Save

Family escape including overnight stay, full breakfast, kiddies treats & champagne for the adults
from €450 per night
Book now - Family Stay and Save

Enjoy Valentine's Day 2023 in the 5-star luxury of the InterContinental Dublin.
from €375 per night
Book now - Love & Luxury

Take time to treat yourself to an overnight stay, full breakfast and a 55 minute spa treatment
from €515 per night
Book now - Spa Experience
See all offers

3 reasons to stay with us

Located on 2 acres of gardens